Preston is a small lively city with a population of around 140,000, situated in the North West of England, near the coast. Nearby are the resorts of Southport, Lytham and the famous Blackpool. The cities of Liverpool and Manchester are about an hour away by road or rail. The scenic beauty of the Lake District National Park is only an hour away to the north.

Preston is home to an extensive library and museum as well as the renowned UCLAN (University of Central Lancashire) where over 30,000 students from all over the world study. Around 1 in 5 people living in Preston are students, so you’ll be surrounded by like-minded people. 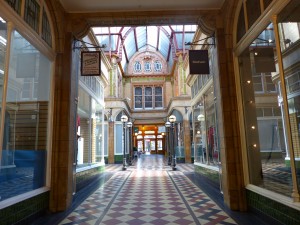 Preston is a major shopping centre for many towns in the area. As well as the famous Preston market, with indoor and outdoor markets, Preston has a wide range of major brand stores as well as quirky boutiques.

As well as modern shopping centres in the city centre, Preston has a number of retail parks around the outskirts.

Debenhams can be seen to mark the start of the high street, with other popular names to follow, such as River Island, Next, Laura Ashley, Marks and Spencer’s, HMV, Topshop, Topman and Accessorize. In the centre of the city is the Flag Market with a stunning view of the Harris Museum and Art Gallery.

To make your visit to Preston even more worthwhile, or for those residents who just simply do not want to venture to the town centre, there are two retail parks on the outskirts.

The larger is Deepdale Retail Park, situated towards the North of the city, with over 1,000 car park spaces and an array of shops and places to eat. It hosts favourites such as Argos, Boots and New Look, as well as less well known shops, such as Mamas and Papas and Hobbycraft. The food court provides something for everyone, from take-out restaurants such as KFC and Subway, to eat-in restaurants, such as Nandos and Pizza Hut. You can find out more information at the Deepdale Retail Park website.

Towards the South of the city is the Capitol Centre, which is host to a mixture of shopping and leisure. The shopping area includes home and appliance stores, such as Curry’s and Dunelm Mill; the very popular Vue Cinema, and the newest addition to the retail park, Waitrose. There are also places to eat, including Frankie and Bennies, and for something different, there is a very popular pub opposite the centre.

Preston offers both contemporary and traditional shopping experiences, the latter in the splendid Victorian architecture of the Miller Arcade. Preston Academy of English is centrally located convenient for the University campus and the city centre with its eclectic mix of shops and cafes. 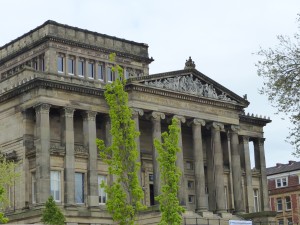 More than 750 buildings and structures in Preston are listed by the English heritage. One such building of historical and architectural significance is St Walburge’s Church, with the tallest spire of any parish church in England, located just behind the main campus.

The iconic Grade I listed Harris Museum and Art Gallery, stands as the arts hub of Preston and hosts a programme of internationally renowned exhibitions year round.

The Museum of Lancashire reveals the history of the county and takes an in-depth look at the area throughout the ages. 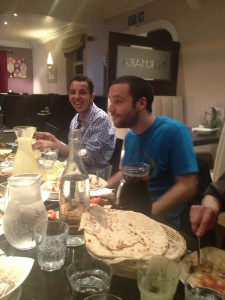 Students at a restaurant

You’re never short of choice for a place to eat in Preston. The compact city centre is full of recognisable and independent restaurants with a range of worldwide cuisine to suit every taste. Stick to the high street for your recognisable and trusted brands, or venture down one of Preston’s many side streets to find real gems of independent bistros and tearooms.

The city centre houses a thriving café culture with numerous modern and vintage teashops and coffee houses. Whether you need to sit with your laptop to complete an assignment in peaceful surroundings, or catch up with your new friends, you’ll be able to find your ideal environment in Preston.

The Mystery Tea House is a popular place for students and offers an adventure in the world of teas, while Fanaki’s coffee shop and the Equator Arts café deliver a continental atmosphere against a northern English backdrop. The city centre also boasts big brand favourites, such as Starbucks, Costa Coffee and Café Nero, so you’re never too far from your favourite beverage.

Preston docks and marina also houses some food outlets and after a meal, you could catch the latest film at the nearby Odeon cinema.

For the takeaway option, grab a fast meal from Preston’s great variety of Italian, Chinese, and Indian takeaways, to name a few.
Preston has received the “Purple Flag” award for being one of the safest, cleanest and most enjoyable places for a night out. 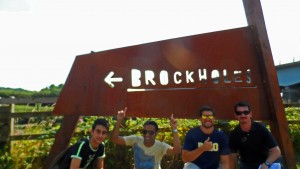 The beautiful and historical Avenham and Miller parks are great spots in the city centre to relax and enjoy the great outdoors. Both parks have been awarded Green Flag status for their safe, clean and sustainable environments. During the warmer months, the parks play host to exciting festivals and events.

The Pavilion Café in Avenham Park overlooks the riverside, and marks the start of the scenic Guild Wheel, a 21-mile cycling greenway connecting the city to the picturesque Lancashire countryside, taking in the sights of the River Ribble, the 650-acre Cuerden Valley Park, and the old Preston railway. 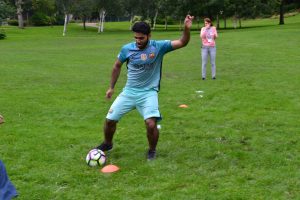 Preston has a large number of gyms. In fact there is a gym across the street from the Academy with very good prices. As well as gyms, Preston has a number of outdoor football fields and also clubs and organisations for your favourite sport. 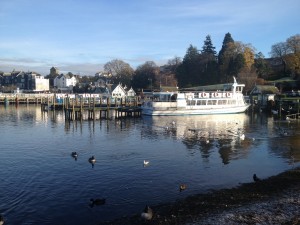 Lake Windermere in the Lake District

Just a couple of miles out from the city centre, you can discover the critically acclaimed Brockholes Nature Reserve, home to a diverse range of wildlife. You can also take part in a range of activities from organised walks to jewellery making.

Living in Preston, you’ll be a 20-minute train ride from Lancaster, which boasts a rich history of castles, towers and witches! A 40-minute journey will bring you to the stunning Lake District, England’s largest National Park. 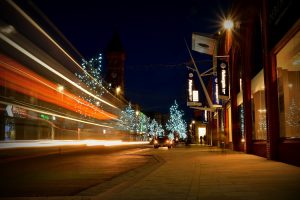 Railway and motorway networks provide quick and easy access to the big urban cities of Manchester and Liverpool, as well as the famed seafronts of Blackpool and Southport, which all uncover new delights by night, particularly the spectacular Blackpool Illuminations which run from the end of August to early November.

Manchester is known for its trendy nightlife including an eclectic mix of music events and festivals. Blackpool can offer an alternative night out, from strolling down the busy illuminated promenade, to thrilling your senses on one of the world’s first super-size roller coasters.

Please take a look at our Preston Gallery.

We use cookies to ensure that we give you the best experience on our website. If you continue to use this site we will assume that you are happy with it.OkPrivacy policy